A downloadable game for Windows, macOS, and Linux

"The bridge is broken. The waters  are deep. The Cold Valley was abandoned some years ago, when its soil became too cold to bear."

Crossing to the Cold Valley is a short and linear European fable that leads you through a small corner of a rich and dying world. Take a seat, and enjoy its characters and tales.

In order to download this game you must purchase it at or above the minimum price of $1 USD. You will get access to the following files:

Pretty nice short game, atmospheric and slow paced. A little interpretation is required as the story isn't thrown at the player; a well made narration, minimalistic in style.

I restarted the game right after finishing it and thought there'd be an alternate ending since most flags seemed to not have been reset, and some characters were missing while others were there but invisible. The lines of text weren't visible either, though I had to click through in order to advance. Edit: closing and opening it again fixed the issue.

One dialogue in particular also made me think of that possibility. Just to make sure, there is only one ending, right?

A masterclass in paired back storytelling that truly broke my heart.

I fell in love with the art so I decided to purchase th game. It was really beautifully sad. I enjoyed a lot. Because I live far away from my home country, the ending made me think a lot about it.

I just wish I could read the texts little more slowly to be honest. Thanks for the game!

A lovely playthrough, thanks msBean! Wonderful to hear that it resonated with you.

Sorry that the text moved a bit too fast at times, definitely something I'll keep in mind from now on in my development.

Hey! Your game seemed interesting, so I decided to get it and make a video about it. Here's a link if anybody's interested. :)

Thanks for the playthrough, always great to see how people respond to the game. Glad you found the game to be 'different' to anything you've played before.

Thank you for giving it a watch! Glad you enjoyed it. :)

Hello! I loved your game, it looked stunning and had a wonderful story with a few unexpected gut punches at times! I made a let's play of your game here~

A real pleasure watching your playthrough! Glad to see you enjoyed it, and really appreciate you featuring the game - I'll be sure to share :)

I'm very glad to hear you liked it! Good luck with your future projects :D 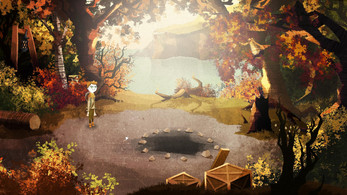 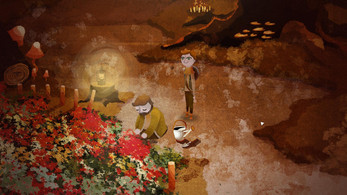 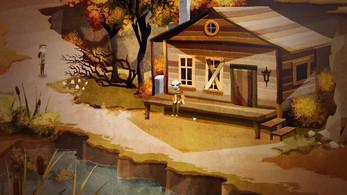